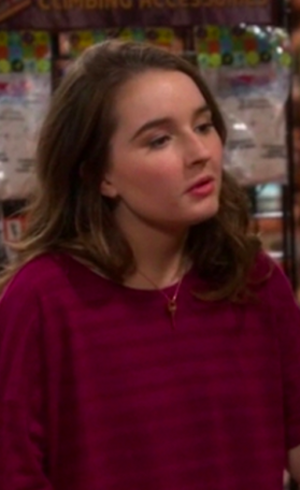 it is about being who you are. My Name is Mazzy Turner-Wilder. I would do anything for you, Kaitlyn Elena Bailey Warren. Since the first time I saw you, I wanted to be your soulmate. That When I knew that I was a lesbian. So Would you please marry me?

Marcella Turner-Wilder, most knowed for her youtube channel by Mazzy Fox . Her youtube series is named "Loving Mazzy Fox". Daughter of Violet Turner and the late Pete Wilder. Younger sister of Lucas Wilder. Fiancé of Kaitlyn.

this series features Lucas, Violet and herself. Sometimes guest staring is Becky Montgomery, and Carmela Karev. It explains Marcella 's decisions and action that makes everyday. She has about 1.1M Subcribers. Meaning each subcribers is 100$ so in total she makes 200,000$ She has 10k twitter followers . She also has 100k on Instagram . Her youtube page has instagram ( @LovingMazWWE), twitter ( @LovingMazFox) the WWE brand funds her channel. They get 50% of Marcella's money and success. She was shoot and later brought back to the hospital and died among friends and family.